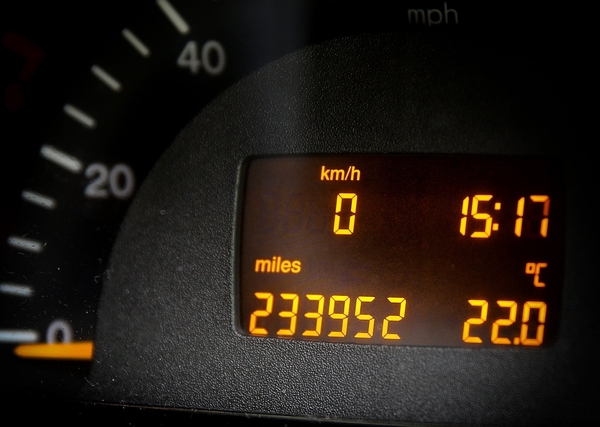 WHAT DOES IT ALL MEAN?

Marc Caplin, Aquarius IT's Compliance Advisor, discusses how unaccounted mileage differs from missing mileage, and why in either instance, it's the operator's responsibility to ensure that all data is downloaded.

When it comes to vehicle data downloaded from a digital tachograph, there are some keys things that operators need to actively monitor. These include vehicle over-speeds, unaccounted vehicle movements (where the vehicle has been driven with no driver card used), and missing mileage.

In the days of analogue, missing mileage had to be investigated by an operator manually leafing through reams of paper charts, carefully comparing start and end odometer readings. The introduction of digital tachographs in 2006, thankfully, changed all that and, with the aid of the appropriate software, the process of analysing a vehicle's missing mileage became a lot easier.

But let's pause for a moment, because although developments in technology may have converted scruffily scribbled odo readings written on old paper charts into a stream of 1s and 0s, there are a few things that an operator needs to consider when dealing with missing mileage.

Firstly, what do we mean by "missing mileage"?
In the "good old days", if there was a difference between the end odo reading of one chart with the start odo reading of the next one along, chances are the vehicle had been moved without a chart in. Nowadays, when we refer to "missing mileage", the details of which are usually presented by an operator's tachograph analysis software, the situation is not always so clear-cut. When dealing with digital tachographs, there is a clear distinction to be made between mileage that is unaccounted for through vehicle usage and data that is actually missing from your tachograph analysis system.

Unaccounted mileage
Let's examine each scenario in turn, starting with the more conventional mileage that has been accumulated through vehicle usage. We should more correctly term this type of data as "unaccounted mileage".


"As a rule of thumb, anything more than 5km should be investigated but some operators will err on the side of caution and investigate anything over 3km"


So, there are some instances where unaccounted mileage might occur - let's look at mileage information that is actually missing.

In addition to the more conventional reasons, we have looked at above, sometimes vehicle data can actually be missing from an operator's analysis software. It is not uncommon in cases where a missing vehicle record which spans a number of weeks for unaccounted mileage records to be several thousand kms. This is because an analysis system is trying to compare the last ejection record contained within a vehicle file with the insertion record of next one along which may have arrived several months later. Vehicle data can go missing for several reasons.

The most basic reason is that data has not been downloaded in time; perhaps the operator has left it too long between downloads and the configuration of their chosen download device does not look back far enough in time. This is not something we routinely come across as most operators we speak to will download their vehicles monthly in line with current advice from Traffic Commissioners. In any event, most download devices will have a full download facility which will look back across a longer period which should fill in any gaps.

Data gaps are not confined to manual download methods, however; sometimes operators that use remote download technology may also experience disruption to their data from time to time. Although they save huge amounts of time and manpower, automated systems should not be taken for granted. Operators should run unaccounted mileage reports regularly to detect conventional instances of unaccounted mileage, but also to detect any technical issues which, if found, should be reported to their download provider.

Very occasionally, unaccounted kms can also be generated due an error within the data itself. For example, if your analysis system receives a vehicle file which does not contain the relevant parts of the record needed to compare odometer readings the system may produce an unexpected unaccounted mileage result. As these anomalies can often originate from within the tachograph, it would usually involve more in-depth investigation to determine the cause.

In our experience as analysis providers, one of the first things we check for when presented with one of these "gaps" in data is the status of the vehicle's Company Card lock. Issues surrounding Company Cards are probably worthy of their own article but, in brief, if a vehicle has been temporarily locked in to the incorrect Company Card for a period and is then locked back in using the correct one, there will be a gap in the data that can only be accessed by carrying out a download using the "wrong" card. A legitimate example of this could be:

• Vehicle is locked in by the original operator using CARD A.

• At a later point, the vehicle is hired out to another operator who uses CARD B.

• The vehicle is returned to the original operator who locks it back in again using CARD A.

The operator will not be able to access the period locked in under CARD B, creating a gap in data that can sometimes be represented by tens of thousands of unaccounted kms.

This can also happen inadvertently, especially in larger operations with multiple sites; a vehicle may be sent to the nearest depot for download but, as the organisation's Company Cards might be registered to individual operating centre with different Company Card numbers, all that happens on arrival at a different operating centre is that previous data is locked out. Some analysis systems will allow examination of the Company Card lock status which can be useful in this scenario.

What is clear is that, regardless of the cause of an operator's unaccounted mileage, there is the expectation that operators should be scrutinising this information and clamping down on areas such as unaccounted vehicle usage and drivers removing cards when they shouldn't. It is also worth bearing in mind the above scenarios where data is actually missing as it's an operator's responsibility to ensure that all data is downloaded, so the relevant steps should be taken to resolve any technical issues.